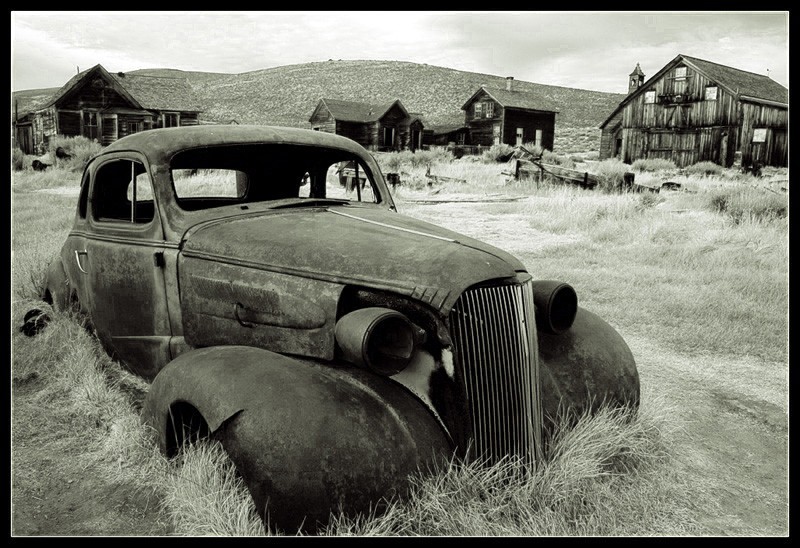 Previous Next
← previous day next day →

Bodie is a ghost-town on the Eastern Sierra Nevada mountain range. The town was built some time in 1867 because of discovery of gold-bearing-ore in the nearby mountain. Because of the gold rush, the town was expanding rapidly. "Bodie had the amenities of larger towns, including two banks, a brass band, railroad, miner's and mechanic's unions, several newspapers, and a jail. At its peak 65 salons lined Main Street, which was a mile long. Murders, shootouts, barroom brawls, and stagecoach holdups were regular occurrences."

As the gold supplies ran out, the town became pretty much dead by 1932 and was designated to become a historic state park in 1962.

Bodie is a good place to visit during the summer and early in the fall. It is located about 20 minutes drive from Lee Vining (Mono Lake), Mono County. And Eastern Sierra Nevada is the my favorite location in California which including Yosemite, Mammoth, Lake Tahoe, Bishop, Plumas, etc...

Really nice shot of a bygone age - very nostalgic rendering of the image.

It really does suggest a moment frozen in time. Nice saturation in the B&W.

A very atmospheric and evocative shot.

this photo is epic! i love places like this so much!! you should watch "there will be blood" its not about gold its about oil. its awesome and i think you could come sweet ideas and take some pictures in side the buildings with people and what not!

A gangster ride hits the west. How the west was won. I love this shot! Very cool! :)

Fantastic! I have been to Bodie a couple times and have never found this car! Guess I need to make another trip.